31 Ago FRIENDSHIP AND ESTEEM

Posted at 10:29h in Riflessioni by Elizabeth 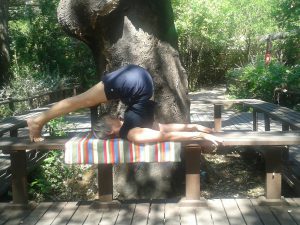 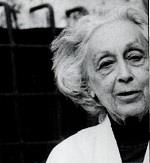 Another Yoga giant, B.K.S. Iyengar, has moved into a larger territory. I would like to remember him, since he is such an important figure in the Yoga world, in a slightly different way.
He and Vanda were great friends. I wish you could have seen the two of them together when he occasionally came to Florence. Both he and T.K.V. Desikachar adored her. She was extremely generous in helping both men, and at the same time enormously humble.

Why is it that Yoga teachers so often have a need to feel superior? Don’t you think those of us who have more experience should be helping younger teachers? Don’t you think we could reassure them that all of us have doubts? And that there are times when we question what we are doing?

Being able to “perform” a position perfectly is no guarantee to feel proud or successful, in my opinion. Nor does having large numbers of students prove very much. But I am a bit of an iconoclast and a speck of dust in the Yoga firmament.

I would like to share a very sweet moment when Mr. Iyengar was at Vanda’s. He wanted to see how her backbends looked (I don’t think he had seen her do Yoga in many years). She was not at all in agreement and tried to brush him off. But as you might imagine, he held his ground.

Guess where he had a look? In her small kitchen! She was preparing some sort of food as was often her way, and right then and there he had her do a backbend over the washing machine.

Are you surprised? Why? Yoga is with us in every minute.

He was quite pleased with the way she did her beautiful backbend.